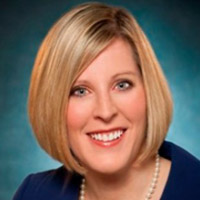 Angela Marshall Hofmann is President of World Strategies, LLC, a certified, woman-owned government affairs and policy consulting firm that provides strategic, innovative solutions to accelerate global investment, manage risk, enhance reputation and drive significant cost savings by responsibly the leveraging chain. For over 20 years, Angela has served as a trusted advisor to members of the U.S. Congress and Executive Branch as well as to CEOs and senior executives in complex, multi-national organizations for over two decades. Previously, Angela was Vice President, International Corporate Affairs, at Walmart Stores, Inc. where she led the company’s external engagement in 40+ retail, ecommerce and sourcing countries around the world.  She also launched innovative public-private chain capacity building projects focused on transparency, building safety, agricultural development and women’s economic empowerment in Latin America, Asia and Africa.  Angela joined the company in 2002 as Director of International Corporate Affairs in the company’s Federal Government Relations office in Washington, D.C.  In 2005, she moved to company headquarters in Bentonville, Arkansas where she led corporate affairs engagement in the Americas as well as gained operational experience in the supply chain when she was promoted to Vice President, GNFR (indirect spend) and Sourcing Services in Walmart Global Sourcing. Prior to Walmart, she served as International Trade Counsel on U.S. Senate Finance Committee under Chairman Max Baucus.  Angela joined the Senator’s staff in 1989 as a congressional liaison in the State of Montana and in 1997, after receiving her Juris Doctorate from the University of Montana, was his legislative counsel for agriculture and trade in Washington, D.C. Angela is a staunch advocate for women’s empowerment and continues to be active in the Organization of Women in International Trade (“OWIT”) a voluntary, non-profit association of professionals interested in international trade.  She joined the organization in 1997 and in 2005 served as President of the Washington, D.C. chapter.  From 2010-2013 she served as President of the organization which included 25 chapters and 2000+ members around the world.