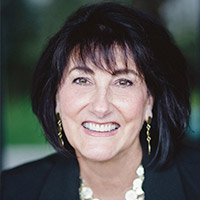 Barbara is a trade and international business development specialist, who has helped tens of thousands of businesses over the past 37 years. She is sought after by private companies, organizations, and governments around the world for her expertise and passionate support of fostering entrepreneurship, business development and growth, and creating win-wins through her extensive network.

Barbara is President of GroYourBiz and of Impact Communications Ltd., a multi-faceted consulting company that features management training and consulting, and international product, business, and market development for the global marketplace.  She created the well-respected Uniquely Programs that assisted 12,000 Canadian entrepreneurs access increased markets, and created and owned a national magazine, a retail store, and an e-commerce site supporting home-based and small businesses.  Barbara is an international leader in the development of SME enterprises, whose work has assisted entrepreneurs and facilitated trade throughout Canada, South-East Asia, USA, South America, Europe, Afghanistan, India and Africa.  She also created and produces the EXCELerate conferences, which initiated the WE Empower UN SDG Challenge, where GroYourBiz™ is a lead sponsor.

In a public service capacity, Barbara devotes considerable time and energy to sit on a number of boards and committees concerned with issues of promoting business development, which have included:

Membership in Professional Societies and Organizations

Barbara has been broadly recognized for her significant contributions and numerous achievements, including: