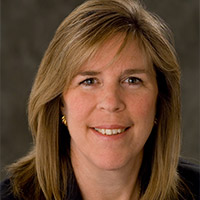 Joanne Gassman was with BMO Bank of Montreal for more than 39 years, most recently retiring from her position as the Senior Vice President of Personal & Commercial Banking for BC & Yukon Division.  As well as being a Director on the Streetohome Board, Joanne is Chair of the Bill Reid Gallery of Northwest Coast Art, Chair of the Vancouver Council for CARE Canada, and a Director for the Bowen Island Community Foundation.  She is past Chair of the Vancouver Council for CARE Canada and a past Governor of the B.C. Children’s Hospital Foundation.  Joanne is a member of the Canadian Foundation for Innovation, is a member of the University of Northern British Columbia Vancouver Advisory Board and was previously on the University of Victoria Board of Advisors.  She is also a member of the GroYourBiz Advisory Board and the Women’s Business Economic Advisory Board. She is also a member of the International Women’s Forum.  She is a Fellow of the Institute of Canadian Bankers Association and holds an MBA from Dalhousie University.  In 2015 Joanne was recognized by the Association of Women in Finance and received the Lifetime Achievement award and also by the International Alliance for Women and was a recipient of the 2015 TIAW World of Difference Award.