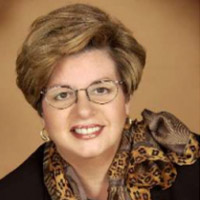 Margaret Hachey was previously the owner of Duocom Canada Inc. She founded the company in Toronto in 1980 and with organic growth and acquisitions expanded coast to coast. Its success earned it recognition as one of Canada’s 50 Best Managed Private Companies, by Arthur Andersen, CIBC and the National Post two years in a row. Chatelaine and Profit magazine recognized her over a 10 year period as ranking in the top 10 of the Top 100 Women business owners in Canada. Previously, she has been on the Steering Committee of Step Ahead, and a mentor for six years with the program, helping women entrepreneurs whose businesses were in the second stage of growth. She was also Special Advisor to Youth in Motion Education Foundation a non-profit organization to help youth gain access to higher education and as a board member helped launch Top 20 under 20.A sought after keynote speaker, Margaret has addressed audiences across the country on various topics. She is a regular guest lecturer at the University of Toronto, Rotman School of Management and York University’s Schulich School of Business. As a founding member of WPO (Women Presidents Organization) in Canada, Margaret has an opportunity to network and support other women in like roles.