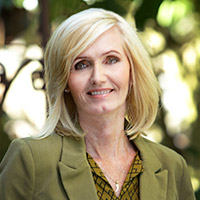 Patricia Ross currently serves as Deputy Mayor for the City of Abbotsford and has been a councillor for 21 years. She is Chair of the city’s Intergovernmental Affairs committee, Vice-Chair of the Fraser Valley Regional District and serves on the board of the BC Municipal Finance Authority. Patricia’s philosophy toward government is to fully embrace sustainability principles, considering the environmental, social and economic impacts in all decision making. Patricia is a Fellow of Leadership for Environment and Development (LEAD) International, a research and training program dedicated to fostering worldwide sustainability. Her research has taken her to Oaxaca, Mexico; Costa Rica, Zimbabwe and Argentina. Patricia is a motivational and keynote speaker as well as a published free-lance writer who has a passion for helping businesses and communities reach their best sustainable potential. In December 2004, Patricia spoke at the International Climate Change Conference in Buenos Aires about the challenges and rewards of environmental conservation in local government. From 2000 to 2006, Patricia took on the job of Public and Media Relations Coordinator and Chief Lobbyist for the City of Abbotsford on their successful and precedent setting campaign of opposition to the polluting power plant proposal of Sumas Energy 2 (SE2). Patricia is excited about using her expertise and experience to help mentor women achieve success in business and politics through GYB.  Patricia has been named one of the Abbotsford New’s Top 100 Most Influential People in Abbotsford several years in a row and has won many awards for her community work including Abbotsford’s 2009 “Woman of the Year,”  “Newsmaker of the Year”  from the Abbotsford Chamber of Commerce, “Green Leader”  from the Abbotsford-Matsqui Rotary Club, “Paul Harris” Rotary club Fellowship and Queens Diamond Jubilee award.