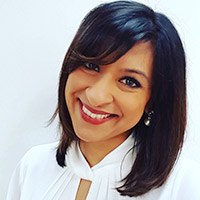 Susan Kabani is a graduate of the School of Education and Social Policy from Northwestern University.  After university, spent two years as a legal paralegal at a top New York Law firm before attending Tulane University Law School from 2006-2009.  At Tulane, Susan received a Sport Law certificate and certification in alternative dispute resolution which includes skills such negotiation, mediation and arbitration. During law school, Susan worked as a legal intern for the National Football league in their London office.  Her role began with working on contracts for sponsors, but went on to include working on commercial pitches for European sponsors.  Upon graduation, she accepted a role as Legal Affairs and Business Development for a growing laser manufacturing company based in London who wanted to expand to the US market. Within the first 2 years, she moved into a business development role which included sales and marketing, all customer engagement work and operational management. During her time at the company, sales tripled and a new product was added to the company’s portfolio.  In 2016, Susan launched Ugenie, which provides organisations with tailored digital platforms to more effectively engage their membership. Ugenie focuses on small to medium sized organisations that have an existing membership or customer base to which they deliver regular content. The platform also allows enables the organisation to build a stronger community in private and customized digital space.