I was invited to participate (as part of the Canadian Delegation with Minister Rona Ambrose, Minister of Public Works and Government Services and Minister for Status of Women), to the APEC Women and the Economy Summit, hosted by Hillary Rodham Clinton, in San Francisco. 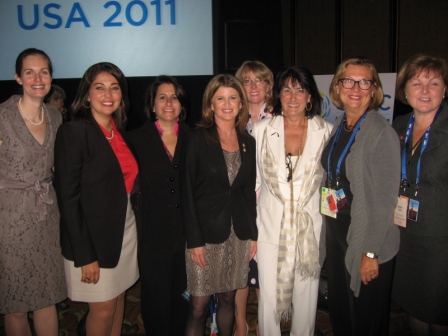 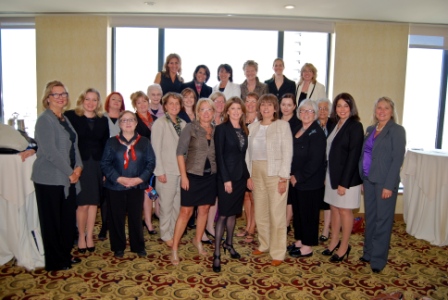 I’ve been to several APEC conferences for women, and this was the first one that I believe could actually make a difference for women in the world. Thanks to Hillary Rodham Clinton and her ability to get high-powered speakers on the agenda (including herself), she has set the standard for future APEC conferences.

The “San Francisco Declaration” presented by Ms. Clinton, with input from each of the delegate countries, recognizes a number of key issues that are integral to the perspective that utilizing the significant untapped potential of women to contribute to the economy is critical for economic growth and sustainability. Supporting women’s participation and advancement in business is not just good for the economy, but essential to its future health.

The keynote speech by Secretary of State Hillary Clinton was a highlight that provided a forceful argument for taking action in the four pillars identified in the Declaration. View the keynote speech here. 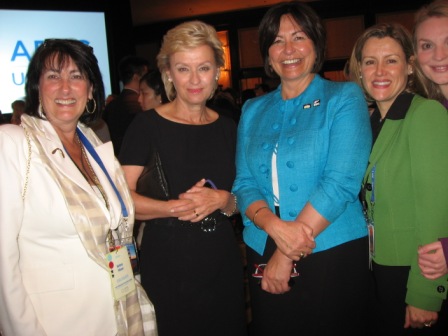 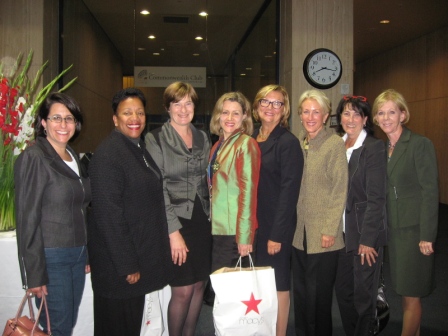 How can these impressive and powerful women working together not make a difference in the world?!