Despite an uptick in co-working ventures around the Valley, one space in Phoenix has seen early success in its mission of bringing the community together to support women-owned businesses.

Shatha Barbour of Hera Hub opened the Phoenix branch of the San Diego-based co-working consortium in April, but she has fought to improve communities throughout her career. 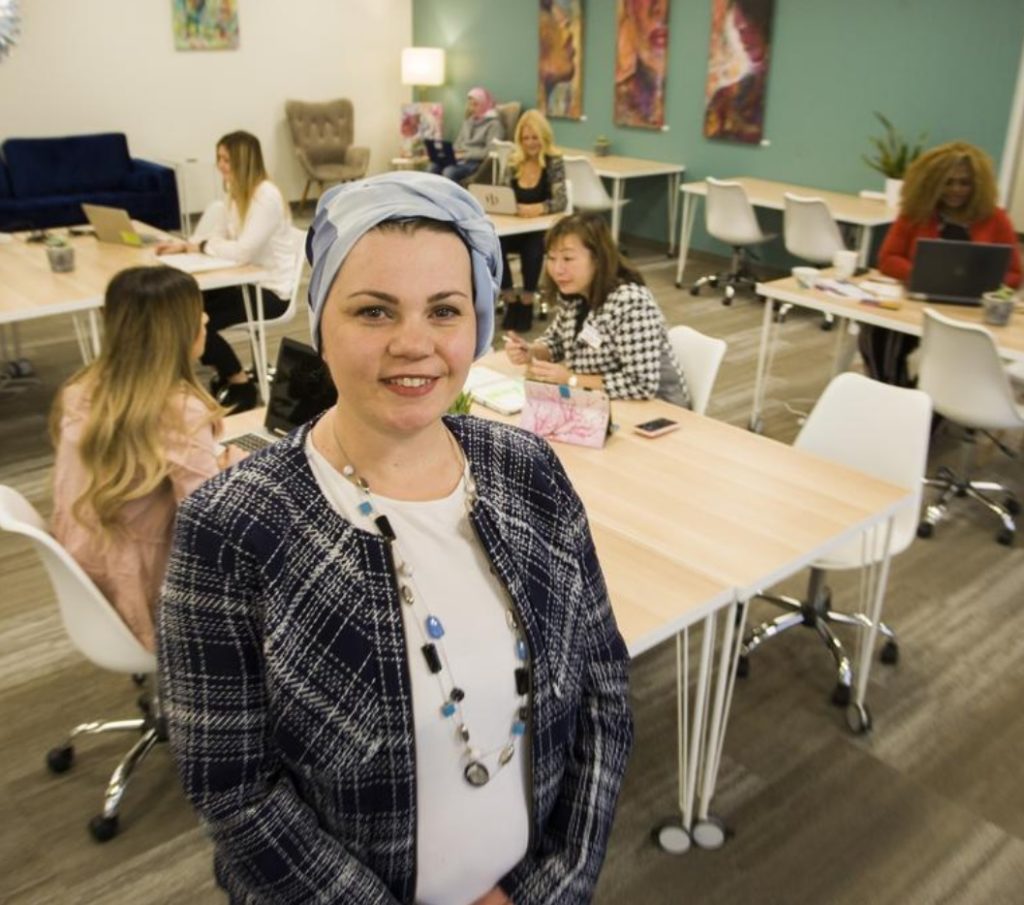 Barbour was born in Homs, Syria, a city that has been destroyed by civil war. She grew up in Illinois and Georgia before moving to Phoenix eight years ago.

Barbour’s time at Eli Lilly and Co., working with governments to make medicine more practically available, trained her to have an eye to the rest of the world. It’s what attracted her to Hera Hub, a for-profit venture that seeks to help women entrepreneurs through the continuum of company-building.

The office itself is a boutique space designed for collaboration along with typical meeting rooms. Barbour said Hera Hub has 50 members in the approximately 4,000-square-foot space, while the entire national enterprise projects revenue of $1.4 million this year.

“Phoenix is well-known for its innovation and business start-up ecosystem. Hera Hub Phoenix with its mission to help support women-owned businesses, is an important part of the city’s business development ecosystem. Its unique approach to nurturing business growth will help continue to grow the Phoenix economy,” said Christine Mackay, community and economic development. director for the city of Phoenix.

Despite plans to start slowly in Phoenix, Barbour and her team of six organized a virtual pitch competition planned for 2019, sending two of 12 competitors to San Diego for the final round this summer, putting Hera Hub ahead of schedule.

“All these different industries are having the same conversations about how we support women,” Barbour said. “Everyone feels isolated in this mission [and] we’re sort of being the glue and channeling the energy and providing the space for those conversations to happen.”

Hera Hub began in California with $60,000 from personal savings and a family loan, and Barbour sees the model there as the goal for Phoenix. In San Diego, Hera Hub is boosted by an acceleration arm and financiers, in addition to the co-working business. That will take years of connections to pull off, but Barbour is used to reaching high to make change.

“Women want to grow their business, they want to thrive, they want to succeed, and it’s just a matter of pulling together those resources,” she said.