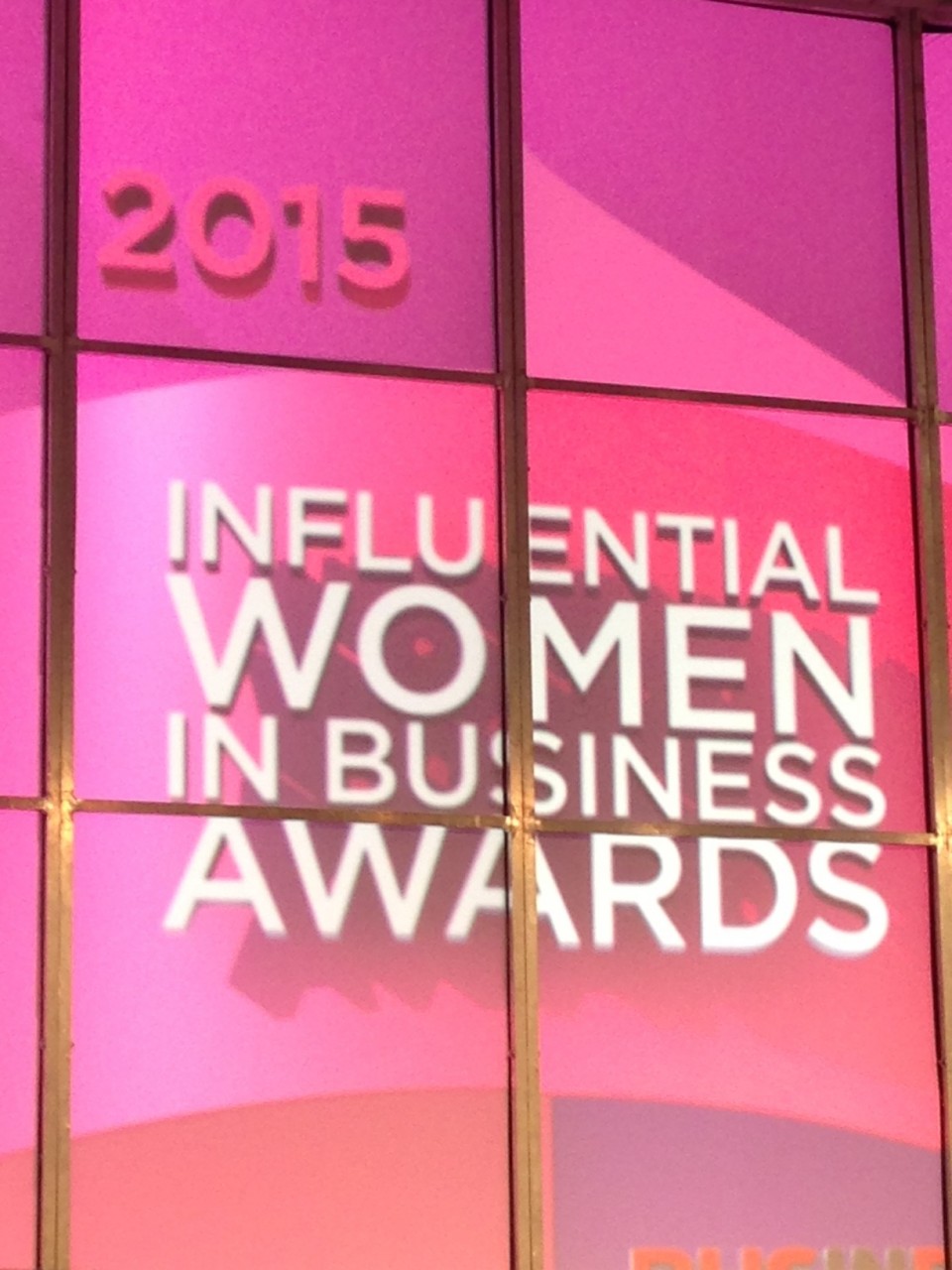 GroYourBiz is so proud of Carolyn Cross, who was honoured with an Influential Women In Business Award on March 4, 2015.  Carolyn has been instrumental in the growth of GroYourBiz as a member of our Advisory Board.  Along with Barbara Mowat, she is also one of the founding members of WEBAC  (Women’s Economic Business Advisory Council).  Her strong passion for helping women gain economic empowerment is clearly highlighted in her acceptance speech, which we take great pleasure in sharing. 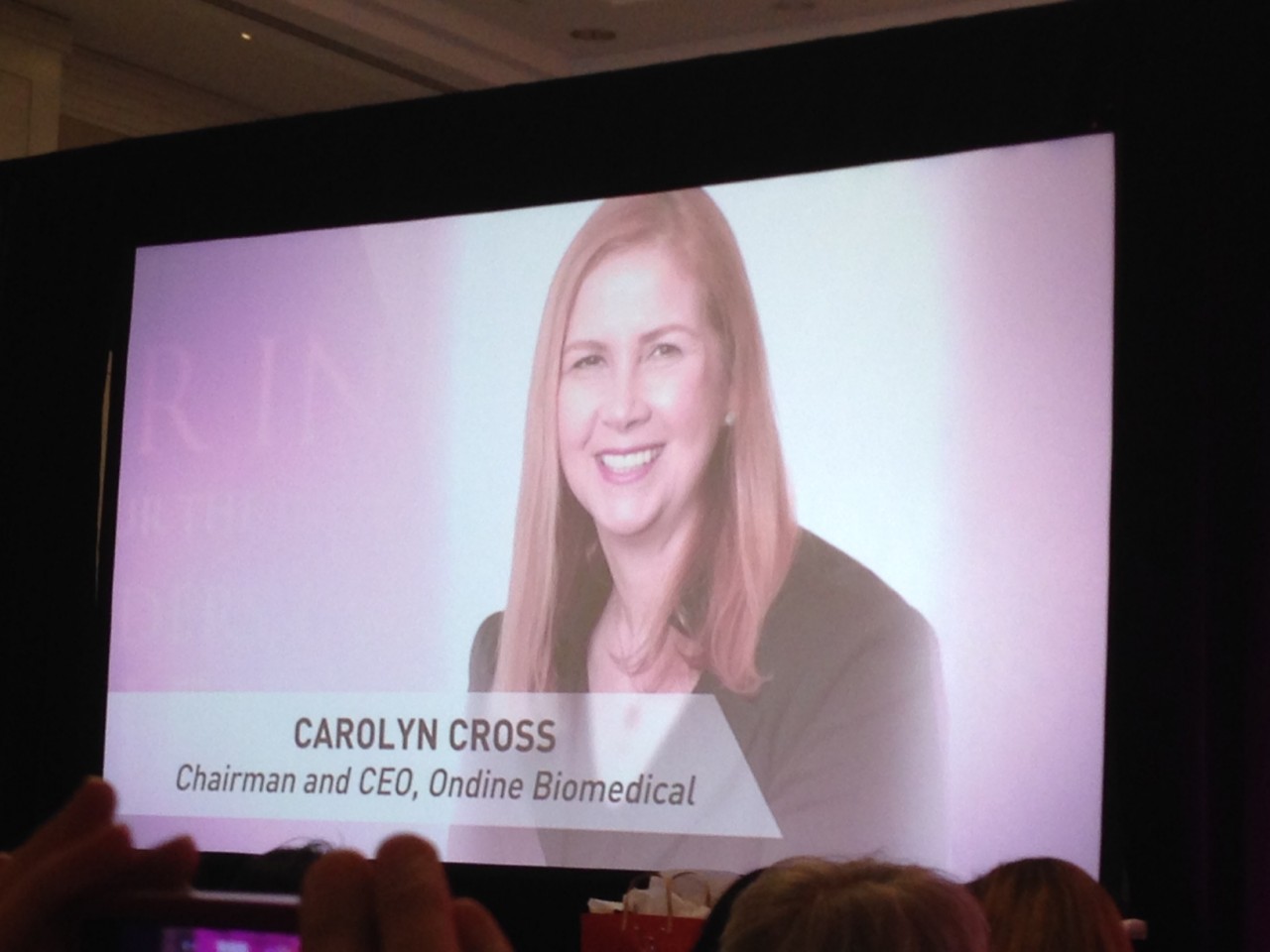 What an honour– Thank you for your kind words and for this opportunity to be here today.

Over the next 5 years, the women’s market is expected to grow by $5 trillion; that’s almost twice the growth in China and India combined.

Over the next decade, growth in women’s wealth will have a profound impact on society since we invest heavily in family, community, health and education.

Over the next decade, the impact of women on the global economy — as producers, entrepreneurs, employees and consumers — will be massive. Who better than women, to leverage the growth in Women’s rising global incomes?

Imagine the impact of all the women in this room pulling together towards a common goal.  Imagine the successes that we could achieve united and aligned. Imagine the reach of the combined global networks. Imagine the money we can raise and the businesses we can support. Imagine the public policies that we can affect and the political clout that we would have.  Think of women connecting all around the world, and not just in one room.  Now…Isn’t this an inspiring vision? Well…It’s a vision that is becoming a reality, as women get wealthier, wiser and much more connected.

“No economy can afford to squander any resource, particularly a resource as valuable as the energy and talents of half its population” This EY quote is a call to action.

In Canada, women are 47% of the workforce and are 58% of university graduates …. Yet our talents are largely over-looked as a vital resource since the statistics tell us that our economic advancement seems to have stalled:

As part of Federal Minister Kellie Leitch’s Task force on Women’s Entrepreneurship, we were asked to make recommendations on how to help.  I had the opportunity to hear from women across Canada, about the major barriers for women in business which unsurprisingly are the:

Despite the plethora of reports that justify gender diversity in Canadian business leadership, we are missing the sense of urgency due in large part to the lack of transparency of gender-related data. Lack of visibility of data, in turn, enables the lack of social and political sensitivity to the economic relevance of this important issue.

As a society, we are still talking about women’s economic advancement as an issue of gender equality instead of being a strategic national economic growth imperative.

We need to advocate for women in business and, we need to use our collective voice to support the policies and organizations that will reduce the barriers impacting women’s economic advancement.

There is the opportunity for great impact from our numbers and we cannot squander this.  We need to influence the public and our politicians, and inform them of the need to put women as a catalyst for growth, on the economic agenda. I am asking each one of you to join me in this mission, and become a member of WEBAC, Women’s Economic Business Advisory Council, a group dedicated to advocating for the advancement of women in business in BC.

I feel quite lucky to be here. As most of you know, I almost died 3½years ago when the small plane I was in, plummeted from the sky and crashed onto 8 lanes of highway at 4:15 pm on a Thursday afternoon.  I awoke to find myself trapped,    unable to move, inside a plane that had burst into flames.  I am alive today, because of the heroic efforts of a handful of men that risked their lives to perform an incredible act of human kindness.

None of these rescuers woke up that day planning to be a hero; they were in the right place at the right time and collectively seized the opportunity to make a difference because they believed…. it was the right thing to do.

I thank God every day for the gift of life, for the opportunity to see my children grow up, for the chance to enjoy time with family & friends and for the ability to advance my non-antibiotic  infection fighting technologies that are already making a big difference to patient outcomes. I am also very thankful for the privilege and the opportunity to serve my incredible country through the advancement of women.

Whether through being a mentor, a political advocate or a champion of change, it is imperative that we join forces to step-up, lean-in, and collectively do our part for women in business….. It’s the right thing to do.

The need is immediate and the time is now. Canada’s future depends on advancing all, NOT HALF, of our human resources.

Thank you for your support. Thank you for this award; I dedicate it to the heroes who let me live to see this day.