Those who’ve been paying attention know – female-led countries have fared better through the Covid-19 outbreak. 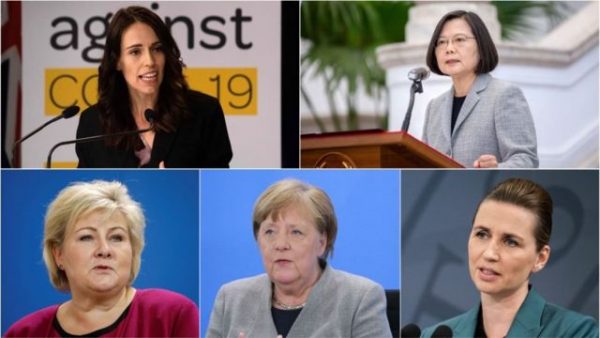 There has been a huge difference in the way women deal with the crisis. And it is not just Merkl in Germany and Jacinda Arden in New Zealand, but also many other women led countries such as Bangladesh, Denmark, Caribbean Islands, Taiwan, Iceland, Norway and a State in India, led by the amazing Health Minister, K.K. Shailaja, referred to as a rock star and the Coronvirus Slayer!

Earlier this summer, the UN honoured Kerala’s Health Minister K. K Shailaja for her strategies on curbing the spread of the virus. Praised for maintaining low mortality rates due to early intervention, Shailaja was instrumental in flattening Kerala’s curve.

Measuring for both death and case tolls, whether leaders took action to lock down, along with clarity of communication, the study found women-led countries were “measurably better off”. Why are Canadian leaders and other countries not following their lead?

Let’s see if we can channel some of that proactive, compassionate energy in our day-to-day.