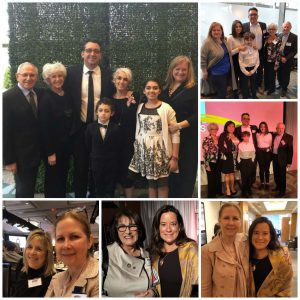 What does BIV IWIB2019 have in common with “The National Retreat for Women”? The retreat, initiated in the 90s by the Right Honourable Kim Campbell, provides an occasion for women leaders from a cross-section of fields to meet in an informal, non-partisan setting to explore and share common concerns & experiences – and to hear inspiring speakers.

In April 2015, the late Michelle Pockey, and Carolyn Cross (GYB Executive Board) attended and heard for the first time Jody Wilson Raybould, as well as women leaders from different parties: NDP, Liberal and Conservative. Discussions always cover diverse subjects, including truth and honesty, resilience, self-determination & communications from a national/global perspective.

While JWR was not a Minister then, I was so moved by what she had to say, as were Michelle and Carolyn that we wanted to continue to speak with her. We concluded that we wanted her to sit on a panel for the GYB EXCELerate Conference to be held Sept. 2015.  Without hesitation, she said yes!

The BIV awards in 2016, honoured our dear friend Michelle as one of the Influential women at the IWIB event.  She gave a memorable speech.

Sadly, in 2017 we lost Michelle to cancer at the early age of 47.  Collectively, women continue to honour and remember her, and this year at the BIV 2019 International Women’s Event, IWIB2019, along with Minerva BC, the first Michelle Pockey Leadership Award was presented. Selection is based on first priority to an Indigenous woman and single parents, and second priority to women pursuing law, justice, Indigenous or environmental studies. Martha Manuel, Sr. Advisor Indigenous relations New Gold Inc. will continue to honour the memory of our dear friend Michelle—the prominent lawyer and community activist. It was especially meaningful to have the presence of TWO incredible Indigenous leaders—Martha and Puglaas at the event and Michelle’s beautiful family.  Michelle would be smiling—she will never be forgotten.