April 23rd – May 5th has been an exciting event season for GroYourBiz.  After 9 days, 4 cities, 8536 kilometers, 216 hours and 2 ferries, I’m back in the office, inspired by all the women entrepreneurs and changemakers GroYourBiz met along the way. 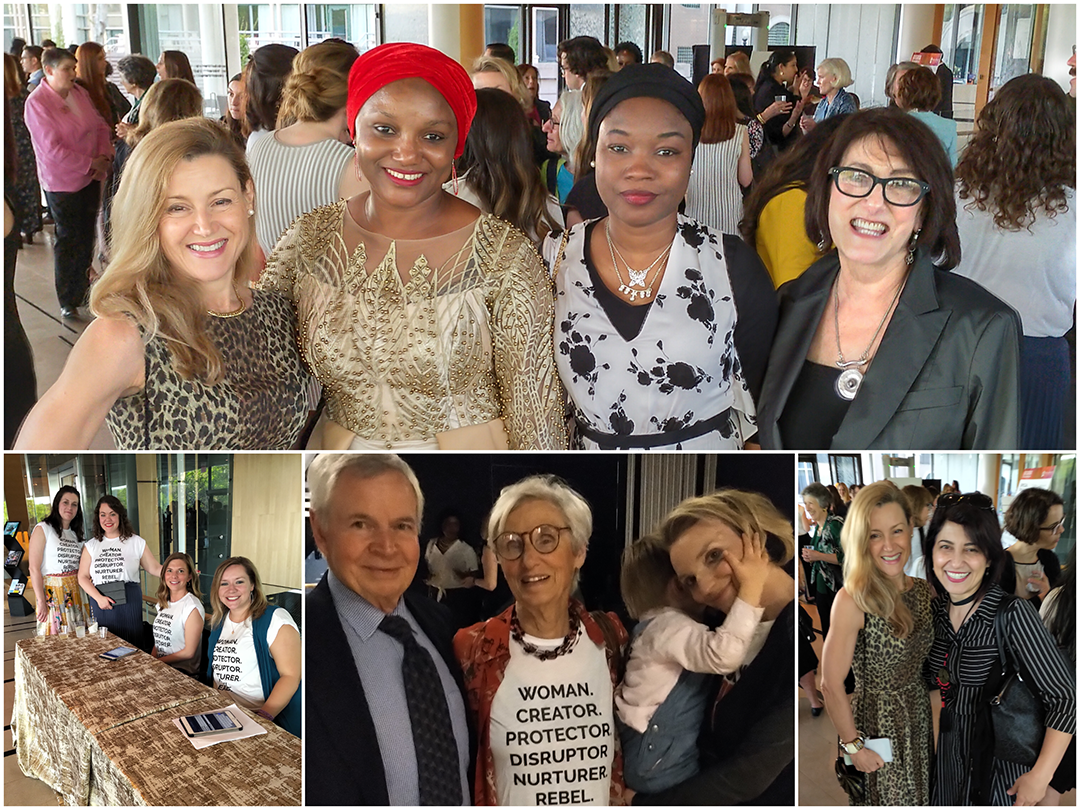 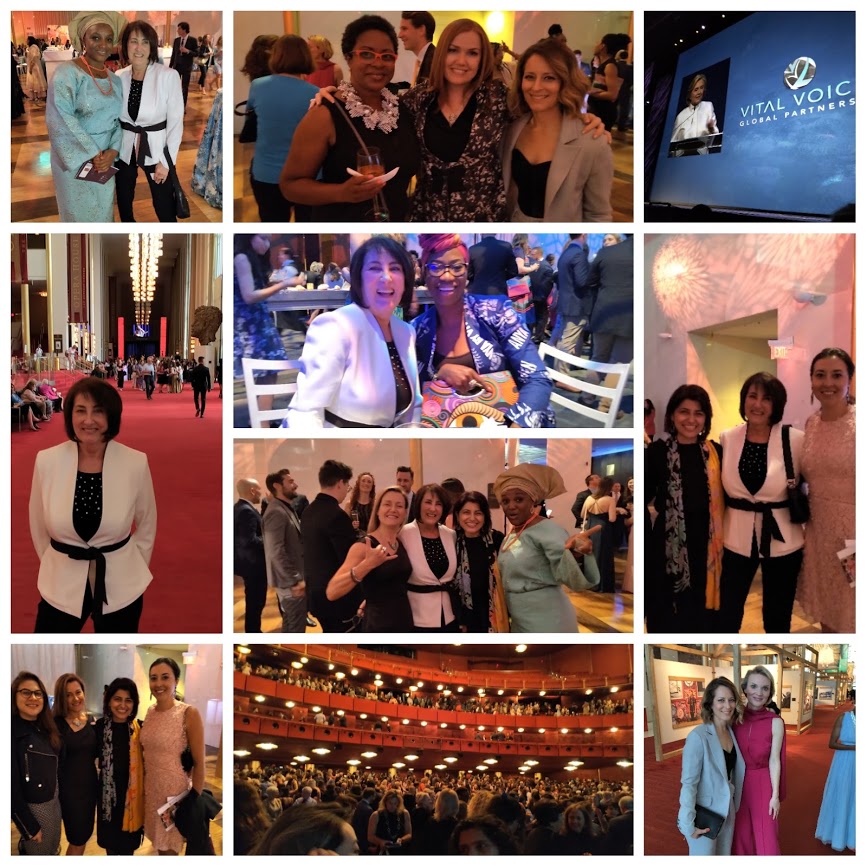 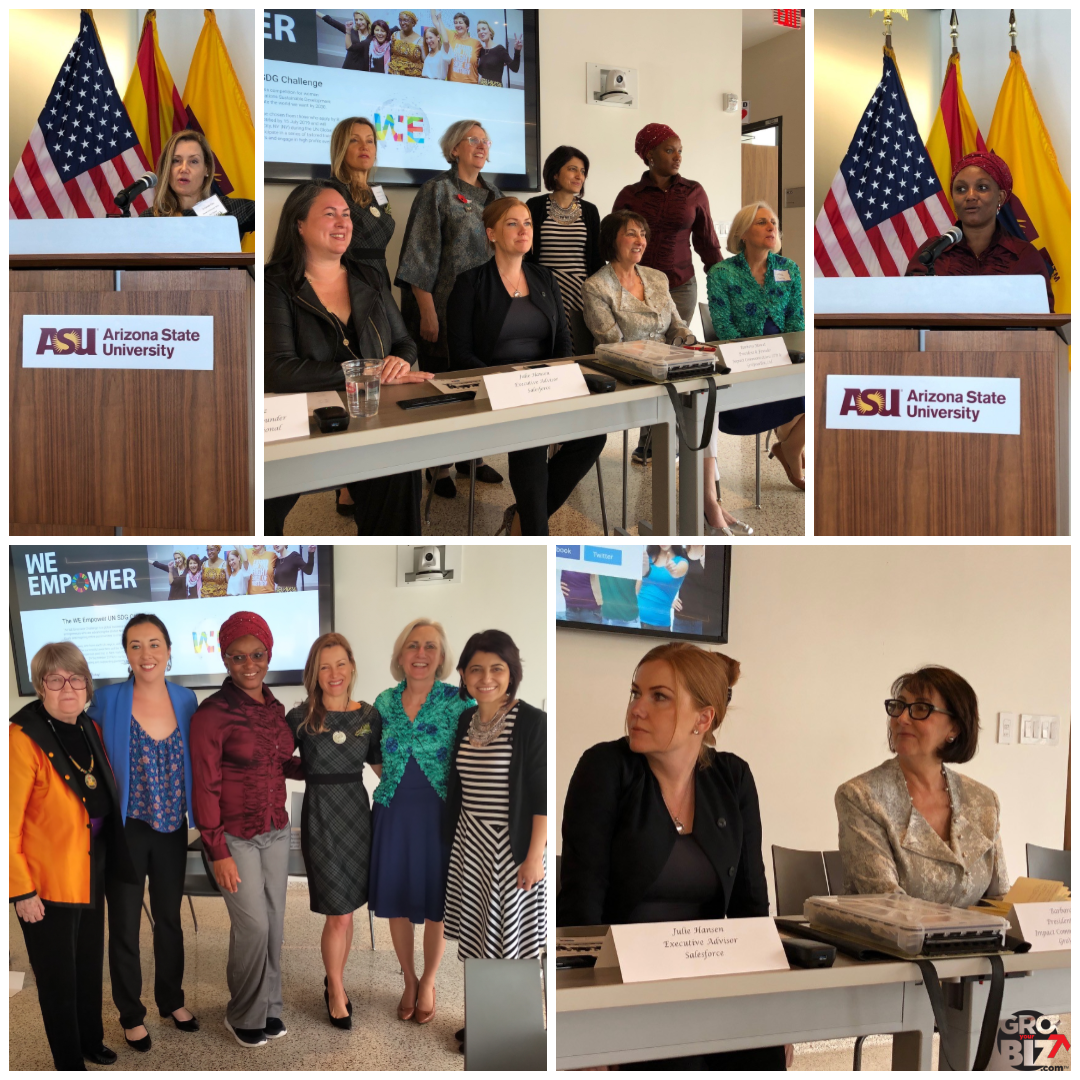 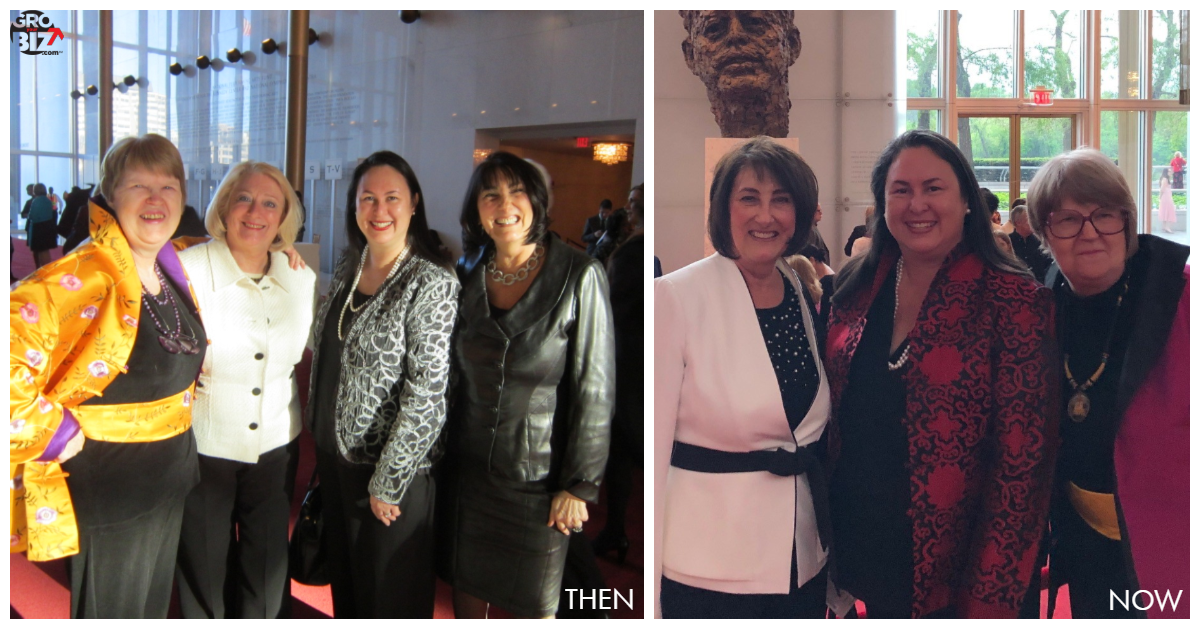 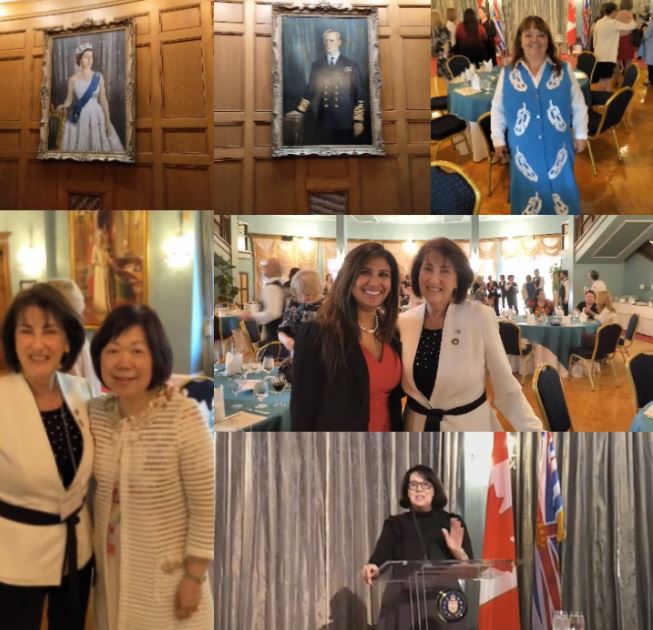 The trip started off with GroYourBiz attending The Art of Disruption presented by Vital Voices and Embassy of Sweden Washington held at the House of Sweden on April 23rd in Washington, DC, with Ambassador Karin Ulrika Olofsdotter, who welcomed VV guests & Global Leadership winners. Ms. Olofsdotter shared the importance of Sweden becoming the first country in the world to launch a feminist foreign policy, applying a systematic gender equality perspective throughout the whole foreign policy agenda. The Swedish Handbook should be a “must” resource for international work relating to gender equality and all women’s and girls’ full enjoyment of human rights.  The event also offered an extraordinary exhibit of world artists and women leaders who work together as activists and change-makers in their communities.

On April 24th, I was once again thrilled to attend the Vital Voices 18thAnnual Global Leadership Awards with Laura Reinholz, Director, BMO for Women. The Awards were an inspiring evening honouring trailblazing women leaders at the John F. Kennedy Center for the Performing Arts located in Washington, DC.

The evening brought together powerful women, including 2019 Honourees, Diane von Furstenberg, as the Global Trailblazer, Saskia Niño de Rivera, and Amanda Nguyen to name a few.

This year’s awards were especially meaningful as the winner of the Economic Empowerment Award was presented to Habiba Ali, a member of the GroYourBiz Global Virtual Advisory Board and WE Empower UN SDG Awardee 2018. Congratulations Habiba!

It was also amazing to hear prominent speakers including Nancy Pelosi, Hillary Clinton, Tina Brown, Ambassador Melanne Verveer, and many more fierce and creative women leaders, activists, entrepreneurs and innovators—who are all taking action in their communities to change the world.

GroYourBiz attended WE Empower: UN SDGs Challenge in Action Luncheon & Panel on April 25th.  Thank-you ASUand Amanda Ellis for honouring Habiba Ali at the ASU Barrett and O’Connor Washington Center. Being on a panel with incredible women (Elizabeth Vasquez, Julie Hansen, Cynthia Cherrey) with a powerful audience of International leaders was another highlight in DC.  It was so great to reconnect with colleagues and friends from the past once again, and to be in the historic venue named in honour of Ambassador Barbara Barrett & Justice Sandra Day O’Connor—two ground-breaking Arizona Women!

Flash from the Past.  Did we age?! It was a pleasure to reconnect with Elizabeth Vasquez and Virginia Littlejohn at Vital Voices Global Leadership Awards.  Tried to include Melanne Verveer too, but the crowds surrounded her!

Next up on the GroYourBiz Event Tour was the National Retreat for Women in Victoria, BC April 26th – 28th. The retreat, initiated in the 90s by the Right Honourable Kim Campbell, provides an occasion for women leaders from a cross-section of fields to meet in an informal, non-partisan setting to explore and share common concerns & experiences – and to hear inspiring speakers. The highlight of the retreat was dinner at the BC Lieutenant Governor Residence with the Honourable Janet Austin!

Rotary Clubs bring together people to exchange ideas with leaders in the community, develop leadership and professional skills, and build meaningful global relationships through service.

At first I resisted attending the Rotary event as I didn’t understand Eva’s insistence. Of course, one should never doubt the wisdom of a Trusted Advisor—the Synergy of Rotarians and the messages from the speakers are clearly aligned with GroYourBiz values.

In the end travelling the kilometers, putting in the long hours, meeting extraordinary people was well worth attending all the events—as the focus was always on growing women business owners.  With all the excellent Chairs, Managing Directors and Trusted Advisors, GroYourBiz’s mandate will continue to develop businesses for women utilizing technology platforms, creating Virtual Advisory Boards connecting women wherever they live in the world.