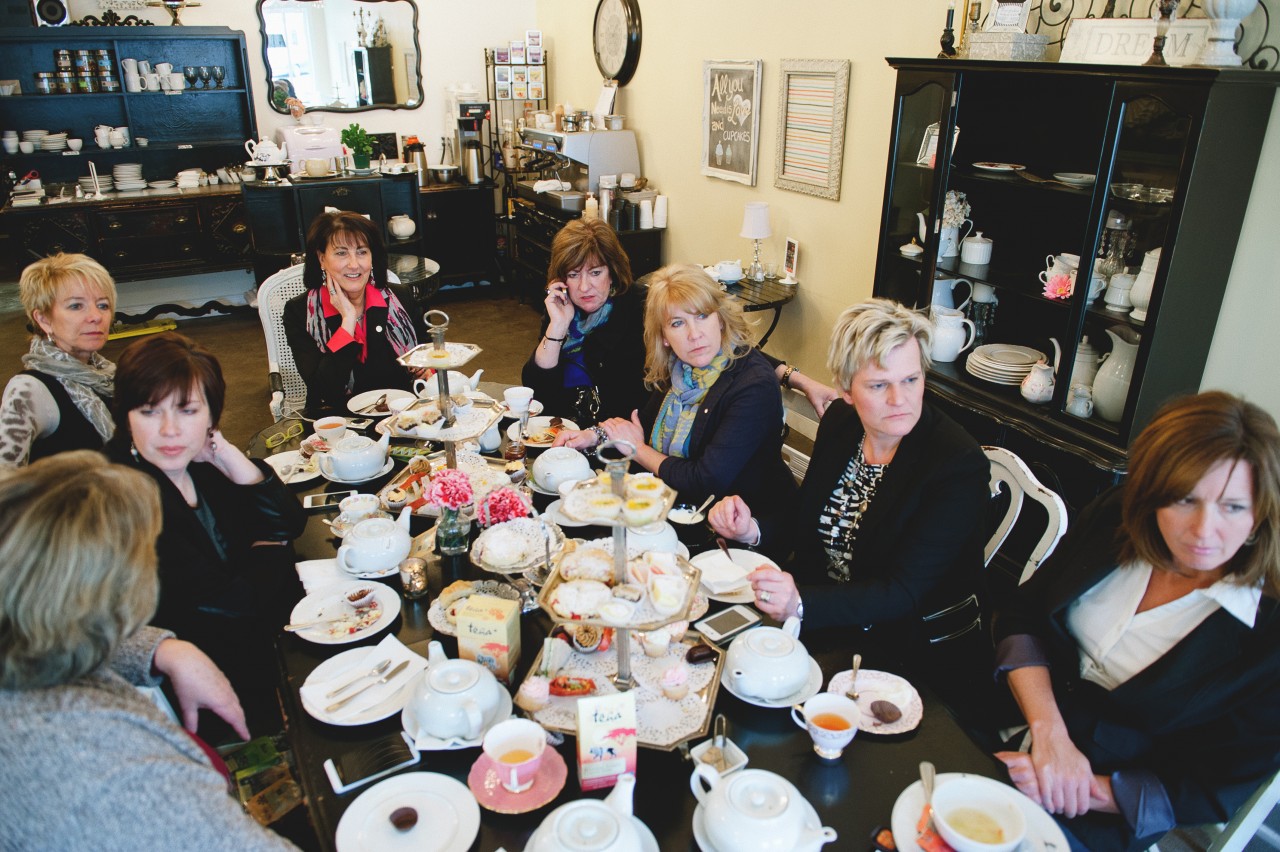 Tracycakes Bakery Café is the perfect setting to linger over coffee and cupcakes, enjoy an elegant high tea or a glass of wine and an appetizer, and that’s just what the GroYourBiz board did in February when they held their monthly meeting at the Abbotsford Tracycakes Bakery Café location.

In 2006 Tracy Dueck took a leap of faith and great business judgment and opened what would be the first of many Tracycakes Bakery Cafés. The success and growth of her first café allowed her to open a second store in Abbotsford in 2008, and more recently a third in Langley, British Columbia. She has since been awarded the “Most retro delicious cupcakes in Canada” by The National Post.

Tracy joined the GroYourBiz Abbotsford Chapter in March 2011 as a way to expand her company and she’s been a cheerleader for what’s accomplished through GroYourBiz ever since. Since joining the board in 2011 she was awarded the South Surrey & White Rock Chamber of Commerce Business Excellence Award, 8-14 Employees, she believes her support from other GroYourBiz board members contributed to this success.

“The deep discussions with business women who are struggling with the same issues is essential to our growth as women entrepreneurs and each little success is shared and applauded within our group! I cannot begin to place a value on what I have learned and I look forward to continuing to ‘Gro my Biz’ with each businesswoman in the group,” she said.

After successfully transitioning in and out of some of her own successful business ventures, Barbara Mowat founder and CEO of GroYourBiz is helping others do the same.

“I wanted to see women’s businesses grow in Canada. I’ve always been passionate about having the opportunity to be able to see people transform,” said Barbara about the creation of the GroYourBiz brand that operates throughout Canada and now in Phoenix, Arizona.

Barbara’s advice for those that are nervous about taking the next step is to not let fear overwhelm you.

“You can fulfil that dream, you can be what you want to be, but it may not happen overnight. So just walk first, and than grow it slowly.”

Tracy has enjoyed learning from Barbara through GroYourBiz meetings as she believes Barbara’s knowledge of what business was like 30 years ago can help her with the vision of where she can go in the next 20 years.

“I quickly learned that taking my business to the next level while fueling economic growth would take some serious “two–step” on my part as I have lots to learn! When I think about the future and all the potential of not only myself but all women, I’m awestruck and enthusiastically want to take a two-step boogie to get to where I believe I can go,” said Tracy.

For today, I will put on my apron and get baking because that is what I really love to do.

View a short video with GroYourBiz CEO and founder Barbara Mowat and Tracy Dueck : Manage through transitions in your business.